Race review time!  Last month I ran in my first Star Wars Half Marathon and  I was not prepared for how awesome it would be!  The expo started on Thursday and for those who have never participated in a Disney or race expo, it is huge!  I would like to absolutely dedicated this post to my friend Elizabeth who an hour before the expo I asked/begged to watch my wonderful 4 and 2 year olds.  Instead of my expo visit dragging my kiddos with me for 2-3 hours, I was able to fly through in about 50 minutes.  Pic taken immediately after drop-off titled: FREEDOM!!!!!!

I quickly parked my car and sprinted in to pick up my race bib, shirt and headed to the best part: merchandise browsing.  Unlike previous Disney races, I wasn’t quite sure if I wanted to do a costume for this race as I didn’t have any Star Wars gear. I was in need of some race day clothes and needed to hit up the expo early before all the vultures swooped in to buy hoards of goods to resell on eBay (true).

Disney really does have a great expo setup with a good variety of vendors.  I found an excellent outfit and quickly made my way to the beverage station.  Every Disney expo I come to I make one stop for a celebratory beer/souvenier cup.  I feel like after 12 weeks of work its worth a little victory dance. 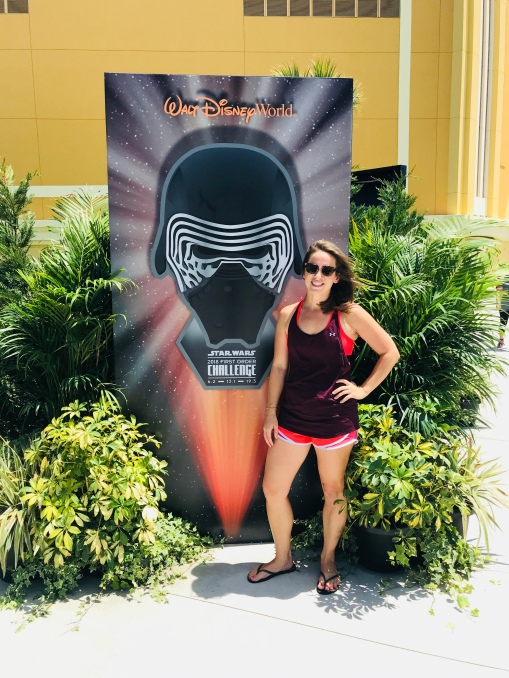 Cognizant of my time restraints, I power walked to the last expo display reveling in the fact that I see children all around me and yet they are not mine.  If you’re thinking this sounds a bit dramatic, let’s reminice about a previous Disney expo I got to attend while wearing one kiddo in a backpack and holding onto the hand of the other (strollers not allowed! woo fun!).  Out of no where, my one kiddo unknowingly knocked over a display.   I saw it out of the corner of my eye falling……and about to hit Olympic runner and official Disney trainer, Jeff Galloway, in the back of the head (minor heart attack).  I silently pondered that I could have skipped my morning run as the entire visit was a sprint, but one that is all worth it.  Grabbed a quick Starbucks because back to lifeeeee, back to reality.

Race morning meant a 3:45 am wakeup.  We were a bit late so this was the only pre-race photo taken around 5am which was still a goodie.  Race morning for us consists of about 10 minutes to get dressed, 20 minute drive, 15 minutes to take a bus to the start line, and 30-60 minutes for bathroom stop/photo ops.  Both the bathroom and photo op lines can be fierce. 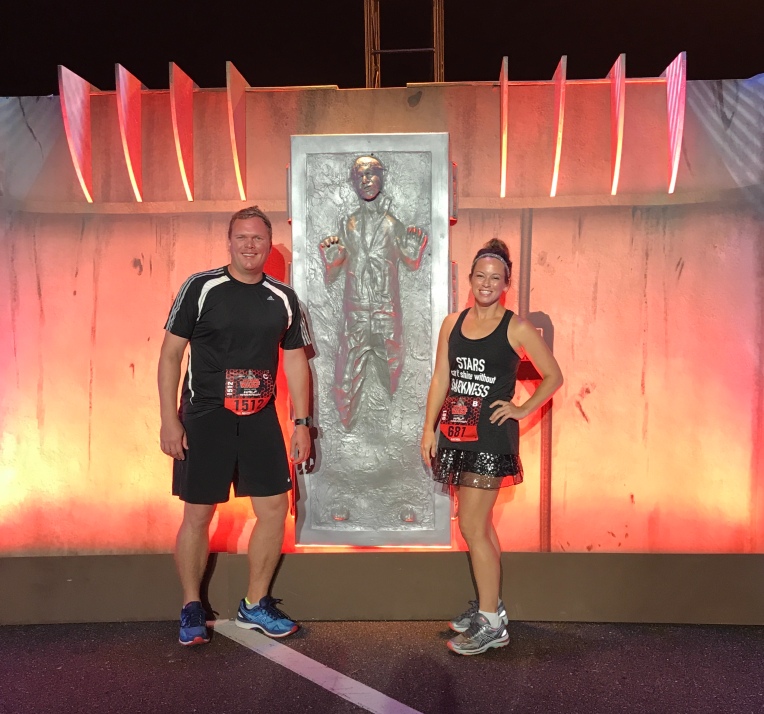 The set up of the race as a whole is excellent but if you’re a Star Wars fan, its a total geek fest.  They’ve got lasers! They’ve got electronic beats! They’ve got fire! It was so very fun.  There was by far the most opportunity to take pictures during the race with characters vs. other Disney races.  They had designated character spots as well as whole groups of characters that you could run up and snag a pic with.  One thing that was super cool was their intro video.  This years theme had Captain Phasma, my favorite Star Wars character, as the main character.  Here’s a snippet of the pre-race video.  They were actually doing this live but it was easier to record the video vs the characters in action.   Short people probs.

Not only did they have characters throughout the race, but they also had several Star Wars scenes you could jump into to become part of the action.  Epic performance:

Hopped into another character shot about 5 miles into the race:

The race overall was awesome with a start in the Magic Kingdom parking lot, headed through Animal Kingdom, Hollywood Studios, and finished through Epcot.  Onto the post race pics! 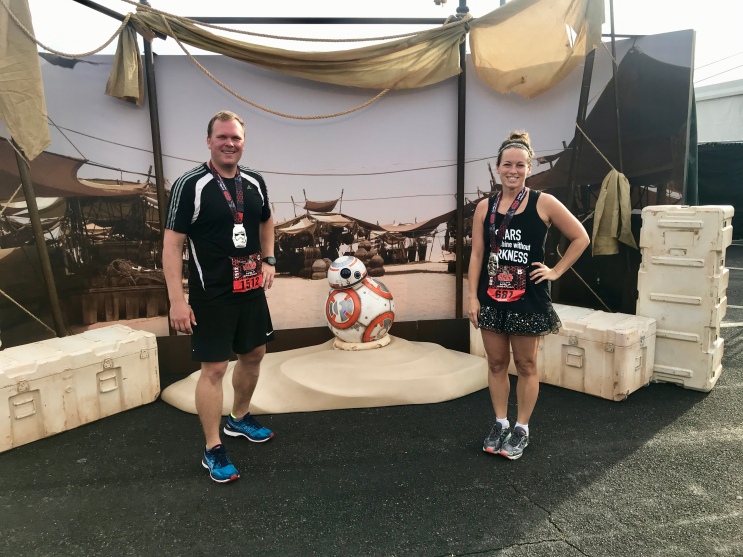 One of my other faves, Kylo Ren: 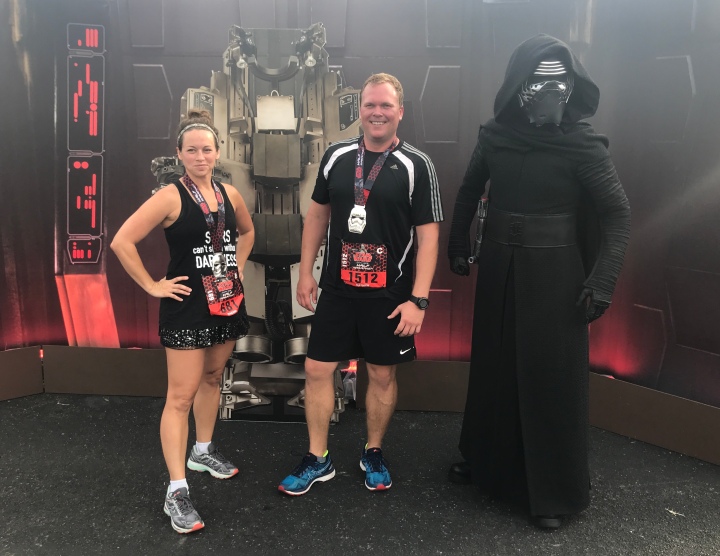 And then got the pic I was most excited about post-race!  Captain Phasma herself!  When we went up for the pic she asked “WHO IS YOUR LEADER?”  and I instantly shouted “You are!”  Hence the cracking up faces.  I mean…Captain Phasma…Brienne of Tarth….Gwendoline Christie is my hero 🙂  Ok I know it’s not her in there but I can pretend.

Needless to say, I definitely recommend checking out the Star Wars race!  If you are a Star Wars fan and a runner, it’s a great mix!  May the force be with you…..